In reaction to reading a re-run of the CN bitumen hockey pucks, we forward an even better idea.

It can go both east west north or south, no more bottleneck for heavy tarsands bitumen aka Western Canadian Select.

Put bitumen in double hulled cargo tanks shaped exactly the same way existing cargo is sent but add a vacuum between the two hulls, with an electronic device that sends an alert via satellite when the vacuum has been breached.

We could also largely benefit by bringing back decent priced passenger trains, not heavy clunkers but ones made of lightweight materials that would significantly drop the operating costs.

A solid load of bitumen is not likely to flow very far as its too thick in the event of a train accident. Keeping the cars mixed with other rail traffic would help prevent fires from spreading or getting too large. If a ship goes down at sea the cargo will very likely stay intact to be hoisted back up to the surface for recovery. 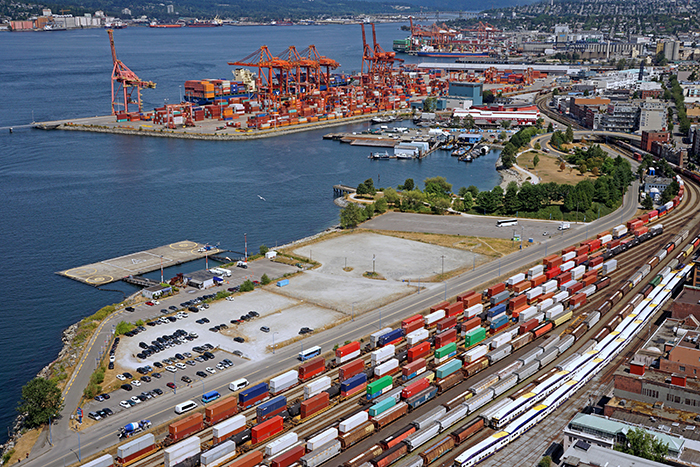 Replace tankers with cargo ships, thus the concept of busting a ship in half and wiping out 1/4 of the continents coastline simply could not happen. The old saying shit happens did on the Kalamazoo, it did for the Exxon Valdez, and countless other tanker disasters.

It would create the biggest boom in steal manufacturing in Canadian history, so who cares about the American tariffs on Canadian steel, we will need all of it at home.