Aside from the obvious issues of pumping something as toxic as dilbit, a substance that is not even oil, and costs a fortune to convert into usable oil, and even when that is done its still considered as one of the dirtiest most polluting fuels in the world. 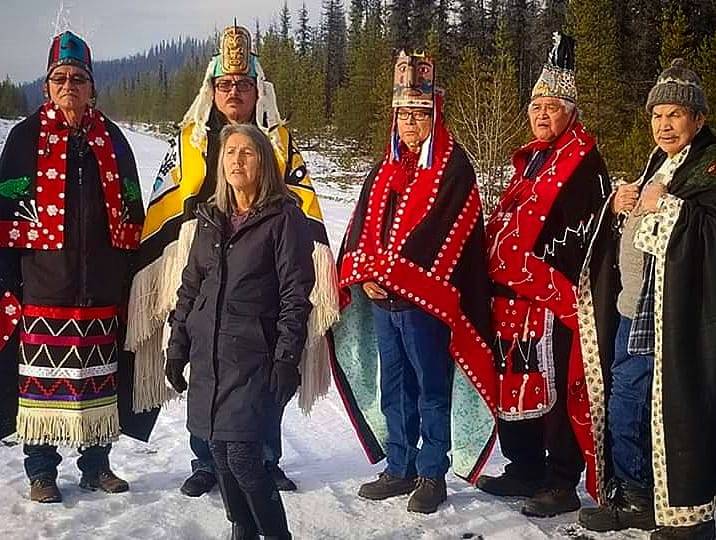 Today in large part the legal funding of First Nations comes from environmental organizations, almost all of which are not aboriginal. It could also be said that with their help First Nations have achieved significant mileposts in regards to power and control over lands they claim as theirs.

All the while doing that song and dance saying he respects the Supreme Court ruling and will abide by it when he says, it’s a done deal anyways.

Sadly missing in all of this is what exactly does the Supreme Court mean by “for further reconsideration and more First Nations consultations?”

We do know part of that question, it has to do with impact of marine traffic, the NEB in its brazen stupidity considered the coast line the end of the line and their duties, not so said the Supreme Court.

Now we are hearing that “First Nations consultations” may well go beyond Feb 22nd 2019 when the NEB will once again approve the pipeline, we know they will, Justin said they will.

Most of what I have written so far is nothing new to most readers, however more attention should be paid to the DELGAMUUKW V. BRITISH COLUMBIA case, because there are a lot of not so noticed time bombs placed inside of it. We took the liberty of highlighting some of these very important remarks by the court.

What appears inside reminds me a lot of the Opt OUT clause Quebec has been hammering Canada with for the last few generations.

“Aboriginal title is not absolute. Neither the Crown nor the Aboriginal title holder enjoys full or clear title to lands or resources. Each is subject to the other’s interest.”

Clearly neither side has advantage, and they must work together to make it work, and there are probably billions of dollars in it for the litigation industry, who will play this out to the max profit for them at the expense of both sides of the litigation.

It almost boils down to the issue that First Nations must prove in every instance, that the decisions by goverment failed the test of proper consultation and or compensation. Without question as I read it, the Government of Canada and the government of British Columbia, did not in any way lose control or authority over its provincial or federal authority.

“Since continuity of relationship also applies to the future, lands subject to Aboriginal title cannot be put to uses that are “irreconcilable with the nature of the occupation of that land and the relationship that the particular group has had with the land which together have given rise to aboriginal title in the first place” (par. 128). For example, a group successfully claiming Aboriginal title to land that was occupied as a hunting ground may not use the land in such a way as to destroy its value for hunting.”

“In the Chief Justice’s view, these considerations are also relevant to the inalienability of lands held pursuant to Aboriginal title, in that alienation would terminate both entitlement to occupy the land and any special relationship with it. Inalienability suggests that the lands in question are more than a commodity. Rather, they hold inherent value for the community with Aboriginal title and cannot be put to uses by that community that would destroy that value”

The above are just a few examples of what is contained in the DELGAMUUKW V. BRITISH COLUMBIA case.  The vast majority of what will become law has yet to be written.

That said the issues surrounding pipelines, may well redefine aboriginal rights in Canada.

Before I close, I want you to ask yourself a question, if you had to choose between allowing a few natural gas pipelines through, to help pay Canada’s bills, or

Say no to all of them but end up with Trans Mountain, Enbridge and Energy East, Keystone XL plus every possible natural gas pipeline as well and allowing tanker traffic back on the BC Coast (toss the ban) Enbridge may be dead but its far from buried as far as Alberta is concerned, likewise with Energy East.

Those two will only stay dead under the Liberal goverment.

All of the pipelines both gas and oil are back on the table if the Conservatives win the next election, so pick your poison, will you let Natural Gas in or protest Justin just enough to allow a Conservative victory?

Allowing at least one major natural gas pipeline though, might be enough to get Justin to cancel Trans Mountain. Its worth as much or more than building that pipeline.

There are a lot of stupid people out there that think we can have good food, good medicare, great transit systems, and turn BC into a Utopia fit for kings and princesses. They would cancel Site C, cancel all OIL and Gas project, have us all smoking dope and smiling.

To find out if the entire system will crash or not.

If it does not, great, if it does, blame the government for listening to these idiots, but crash means total chaos, close our hospitals, highways, social services, sell the medevac jet.

What in God’s name do you think is paying for the bills your mothers, fathers, brothers, sisters, children, baby births, that occur in our hospitals? Do you think we just print the money to pay for this? Both aboriginals and environmentalists better have an answer for this, why should we listen to you? Give us more than just objections and imaginary solutions.

So pick your poison, or stay too stoned to care, but get out of the way, of those of us who want to survive and want our children to survive.