If you have been wondering about who is making all these very well made films supporting the blockade by factions within the Wet’suwet’en family, you might just get a shock.

There is an old saying when you court the devil, you can be sure sooner or later you will have to pay your dues. 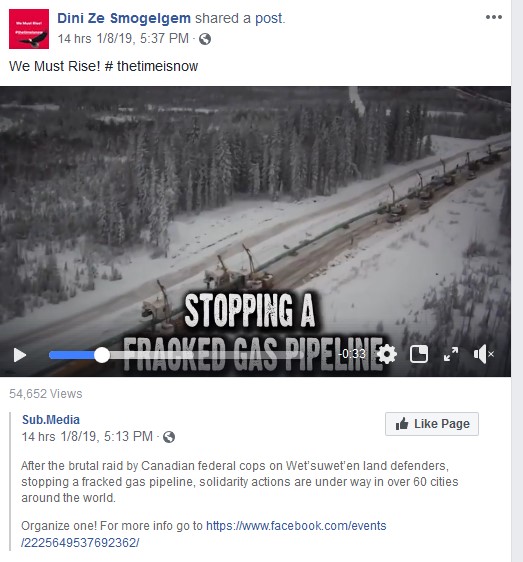 Without question one of the two primary leaders in these blockades is the self-proclaimed Hereditary Chief Dini Ze Smogelgem* (Warner Naziel) and Freda Huson. 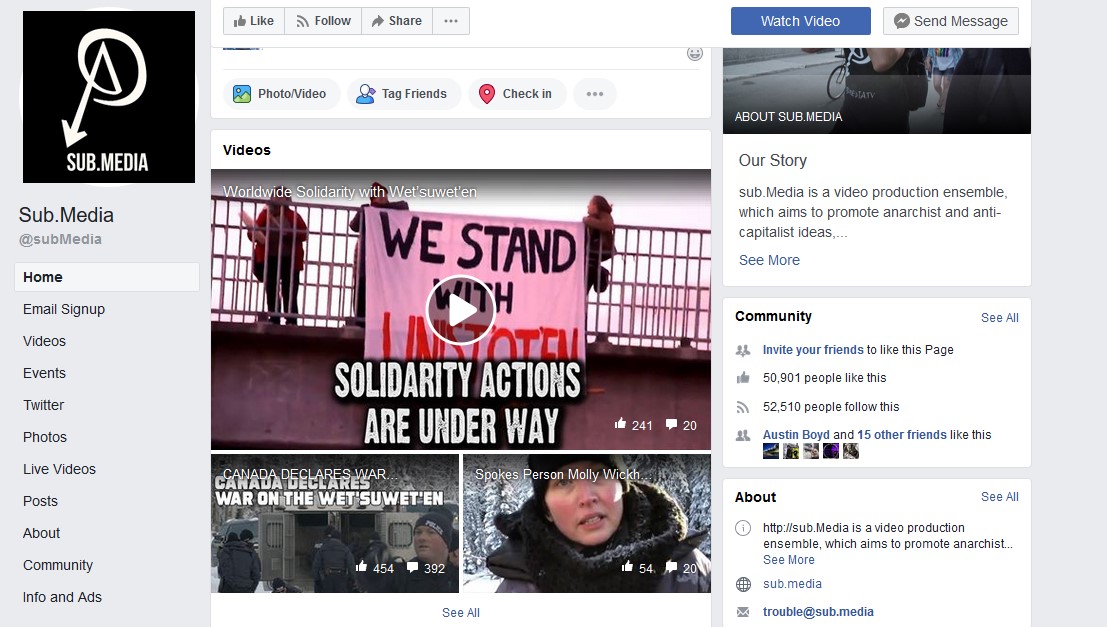 These productions were highly effective in creating campaigns to raise money, and create chaos all over Canada, all at the taxpayers expense.

We Must Rise! # thetimeisnow “After the brutal raid by Canadian federal cops on Wet’suwet’en land defenders, stopping a fracked gas pipeline, solidarity actions are under way in over 60 cities around the world.”  This from Sub.Media on Facebook and a website called https://sub.media/ 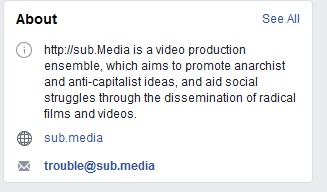 From their website “subMedia is a video production ensemble, which aims to promote anarchist and anti-capitalist ideas, and aid social struggles through the dissemination of radical films and videos. Founded in 1994, subMedia has produced hundreds of videos on everything from anti-globalization protests to films about shoplifting. Our films have been screened around the world in social centers and movie theaters and have been watched by millions on the internet. This site is a collection of videos from 2003 onwards.”

It’s clear there is a collusion between these Wet’suwet’en blockaders and radical elements who intend to create a meltdown of law and order. This goes beyond free speech, these people use free speech to try destroy our freedom of speech.

Its time groups like this were raided and sent to jail.

I would like to add that the members of the Laksamshu clan were part of the Unist’ot’en Camp from the beginning.