Its rather obvious to know Horgan will not back down on the natural gas pipeline, and we also know the infamous chiefs need some serious face saving help from the NDP to get past the problem they now have with their own nation. So the LNG pipeline will remain a go, that’s the good news, now the bad news.

This is the first time since Horgan was elected, that I have lost faith in his ability to govern, based 100% on who he chose to negotiate, I will explain that in a minute.

The Office of the Wet’suwet’en have said No so many times, it’s hard to imagine they will convert that to a YES, unless Horgan is willing to give away the proverbial crown jewels to get the YES and considering who he mandated, it looks like this might have a scary ending for all of us.

If you think my fears are unfounded consider this, Horgan appointed the former head of West Coast Environmental Law, NDP’s Murray Rankin QC MP to do the negotiations. (check the link included) Now considering both West Coast Environmental Law and the Office of the Wet’suwet’en are funded by the American Tides Foundation as well as known for funding almost every shit disturbing protestor in Canada, it sending up all kinds of red flags!

If you think I have exaggerated, slide down the page and see just how badly these thugs interfere with our nation. I have posted a list of their accomplishments.

Rankin – a lawyer and adjunct law professor at the University of Victoria, who has devoted his career to investigating environmental law and aboriginal rights.

We have reason to be paranoid Murray Rankin is married to Linda Hannah whom he met at a founding board meeting of the Western Canada Wilderness Committee, so it looks like the dice are loaded with environmentalists from the word go.

As a life long environmentalist, and watching how we have been hijacked, this scares the hell out of me.

Do I trust Murray Rankin can do the job? About as much as I can trust a Supreme Court ruling where the Supreme Court justices are all former Hells Angels, and the case is about a member of Hells Angels. It’s giving a license to kill for the fox in the hen-house.

As I said, we do know the LNG line will proceed as planned, Horgan cannot get out of that one, so maybe they can turn the location of the blockade into a modern day hippie ranch for people who do not want to work for a living, all courtesy of the public’s dime. That should keep most of the hooligans there happy and if that’s not enough maybe they will get funding for a grow-op for happy headwater weeds.

No mention however as to the application of law in regards to excavators in the Morice River, can you imagine if CGL had done that? We need government to verify this did not happen or charge those who did it, if it did happen. It should not be hard to investigate, the water supply for the camp comes from somewhere, without a license, as well as the buildings, without certification or applications as required by law.

Horgan needs to come clean on what is already being offered, or why would the Office of the Wet’suwet’en say “A public announcement will follow after the official commencement of our discussions.” Remember this is before negotiations start, so the announcement is about something they already know but are not disclosing, inclusive of agreeing to allow the pipeline in exchange for, the massive question mark.

We need to know that Horgan will not interfere with the charges of breaching a court order by the B.C. Supreme Court unless the NDP want to make law DNA based law.

We also need to know if there is going to be land negotiations they should also include expert witness from all sides, not cherry picked information to get an NDP flavored outcome.

This has become an instance where the public would be better served with a court ordered settlement of land claims as opposed to a negotiated one, and all because of whom Horgan chose to negotiate.

To give the Office of the Wet’suwet’en anything more than they have already given all the other First Nations would set a dangerous precedent. Remember it was not government that walked away from the negotiating table, it was the Office of the Wet’suwet’en in 2009. It would be spitting in the faces of every First Nations group that worked in good faith to get the deals they now have.

Horgan needs to assure law abiding citizens that upholding the law is only way you can do business in our province, there should be no reward for breaking the law. All too often in the name of compromise we compromise integrity itself.

I would be the last person to deny the Wet’suwet’en of anything they rightfully have coming to them, in fact considering that all of the communities in the pipelines path are gifted by both industry and government with funds not offered to non-aboriginal communities, is that not enough privilege and payment? It’s not like this is a first and last time it will happen, it will happen every time traditional lands are used by industry.

None of it should go the hooligans who are squatting there on crown land now, they should be charged for trapping without licence.

If the descendants vacated the territory payment should be null and void, it sort of says that already in the Delgamuukw conclusion.

There are far too many Wet’suwet’en already disenfranchised by the system in play, hundreds can testify to how of the most money ends up in the pockets of a far too few in Moricetown. (Witset)

The public also has a right to know if Horgan is going to strip the Moricetown band counsel of the deals they negotiated in good faith, it’s a time for TRUTH first before reconciliation.

You cannot table reconciliation without tabling truth first, all of it not cherry picked truth.

We need reconciliation to include the general public, not a closed door deal between the Office of the Wet’suwet’en and the NDP. It’s time we had full hearings into the past that also allows for oral input for non-aboriginals before any more history is lost.

There are a lot of historical facts and knowledge still out there, unless the object is to wait till the truth dies, so certain people can make a ton of money under the table and call it land claims settled?

Nobody in the Bulkley Valley wants to deny anyone of what is rightfully theirs, but we do have a right to challenge what that might be. 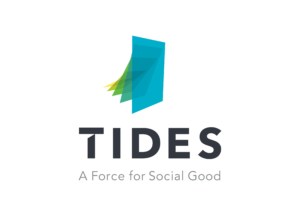 If you want to see just how much the United States interferes with not only our election by way of influence groups, the Tides Foundation of America paid out the following. The Americans make a big deal out of Russian interference, but want us to accept it as a norm they can shaft us without repercussions.

Canada needs a new law to make the following illegal in our nation, we need to demand it in the upcoming election.

Since 2009, The Tides Foundation and Tides Canada Foundation have granted at least $40 million to organizations involved in anti-pipeline activism in the U.S., Canada and in Europe. Of that $40 million, at least $25 million was explicitly for anti-pipeline activity while $15 million went to the same organizations for general, related or unspecified purposes.

Below, here are excerpts of the U.S. tax returns showing more than 400 payments to 100 environmental and First Nations organizations that have been funded as part of the anti-pipeline Tar Sands Campaign.

Note: For 2014 and 2016, the excerpts provided are from a list of grants published by the Tides Foundation. These lists do not include the stated purpose for which the funds were granted. As such, it cannot be assumed that the payments made in 2014 and 2016 were necessarily for the Tar Sands Campaign.

12. DeSmogBlog Society – NOTE: This was for “opposition research-based journalism and distribution” and was paid via the Sustainable Markets Foundation.

13. DI Foundation – NOTE: This grant was made by Tides Canada Foundation

Note: These payments were for the Athabasca Watershed Water Quality Research Project. These payments were for “research to document the extent of polycyclic hydrocarbon being released from Alberta tar sands operation and in support of the Taku NGO campaign.”  Given the description of the purposes for which these funds were paid, it seems to me that these funds were granted as part of the Tar Sands Campaign. However, other than these payments, I have seen no evidence that Ducks Unlimited Canada is explicitly involved in the Tar Sands Campaign.

31. The Institute for New Economics Public Research – Note: These grants were made by Tides Canada Foundation

33.  Keepers of the Athabasca:

45.  Respecting Aboriginal and Environmental Law (RAVEN) – for the Pull Together Campaign

47. Salal Foundation – NOTE: This grant was made by Tides Canada Foundation

62.  European Federation of Transport & the Environment:

63.  Friends of the Earth Europe