Indigenous women are 7 times more likely to be murdered, is a claim made by members of the Unist’ot’en Camp. 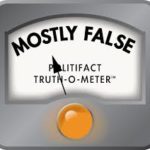 In relationship to CGL its completely not true, and that is the intended accusation. No evidence has ever proven that they are more likely to be murdered by non indigenous people than by their own aboriginal community members. “The 2014 homicide data show aboriginal people are “over-represented as victims and persons accused of homicide,” the agency said.”

There is a smear campaign going on by the members of the Unist’ot’en Camp, where they find claims even from well known fake news websites, and try pass them off as facts against CGL. The truth is right now the most dangerous people to indigenous women are by indigenous men.  Please refer to article “In defense of the Wet’suwet’en Matrilineal Coalition” to learn more about violence against aboriginal women.