I attended the All Clans Meeting as it was advertised this Saturday at the Ramada in Prince George.

It was very poorly advertised and very confusing on what the purpose was. They called it an All Clans meeting but then said it had nothing to do with Balhats. This if you are discussing title and rights has everything to do with our form of government.

If there was any intent for reconciliation, you could not tell for arrogance in the way this meeting was carried out, they did not even invite other chiefs properly.

Skin Tyee and Nee Tahi Buhn attended to say that they are independent from the Office of the Wet’suwet’en and they do not represent them. In short the OWC appear content at leaving the Wet’suwet’en Nation as a highly divided nation. It was more like it was an obligation to appear as opposed to an attempt to bring the nation together at the table.

During the meeting they continued to quote of Delgamuukw, which is ironic as they are not even following proper protocol even a little bit from taking names (titles) and holding all clans meetings inappropriately.

What they are doing is no better than when we were colonized they are just taking territories away at every turn to gain control. Our previous chiefs managed our territories to benefit all people not just a select few. It is unfortunate that they are so greedy for themselves.

A number of people questioned regularly how they appointed clan reps etc. I believe it was Birdy who said that they clan had a meeting and it was decided from there. Penny Nikal stood up and spoke against Robbie Alfred as their clan rep stating that there was no meeting or discussion we were told that he would be a clan rep I do not agree with that.

When they were doing round table introductions one elder stood up and talked about her name where she got it from and what it means. She then led into what is happening at Unistoten and said “I would like to go there but I respect my name and cannot get involved in those types of things.”

She talked about her regalia and how she got it and what it is to be used for and stared right at Warner Naziel’s table and said we cannot use our Names and Regalia to Protest around and ask for money it only to be used in the feast hall.

Mark Morris councillor of Nee Tahi Buhn said that they are independent of them and they will not enter into any kind of discussion with them until they return the Bear and Frog names back where they belong.

Most attendees complained for lack of communication transparency and lack of preparedness. Everyone asked for an agenda and Marvin claimed responsibility for no agenda by passing the buck saying that he thought someone else was doing it. The meeting was a sham…. our tax dollars at work for you!
Thank you, 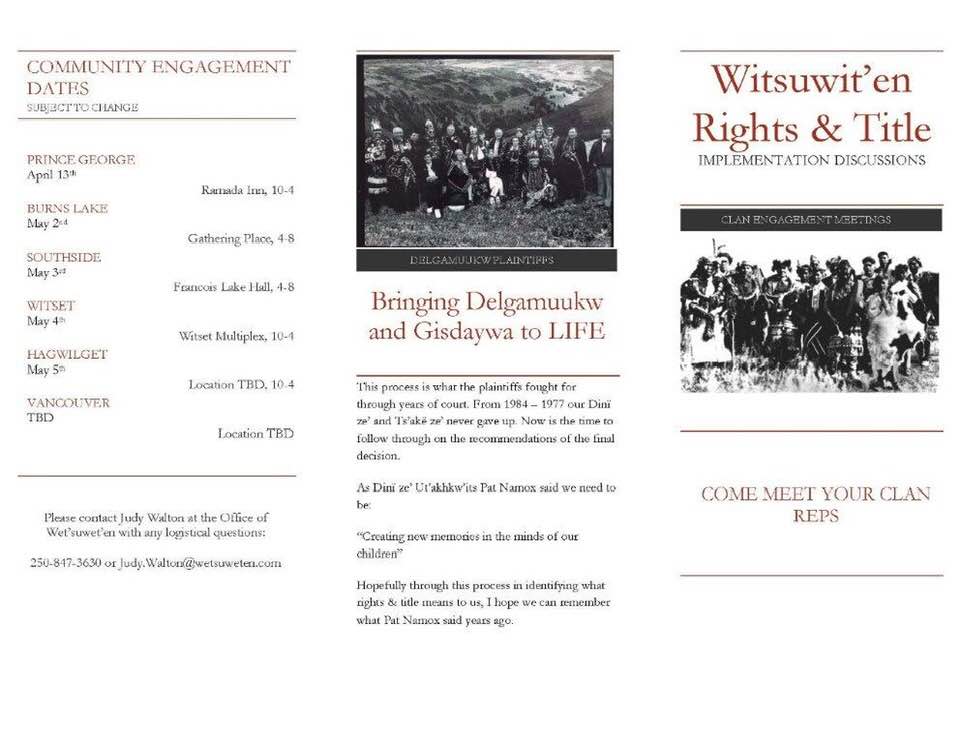 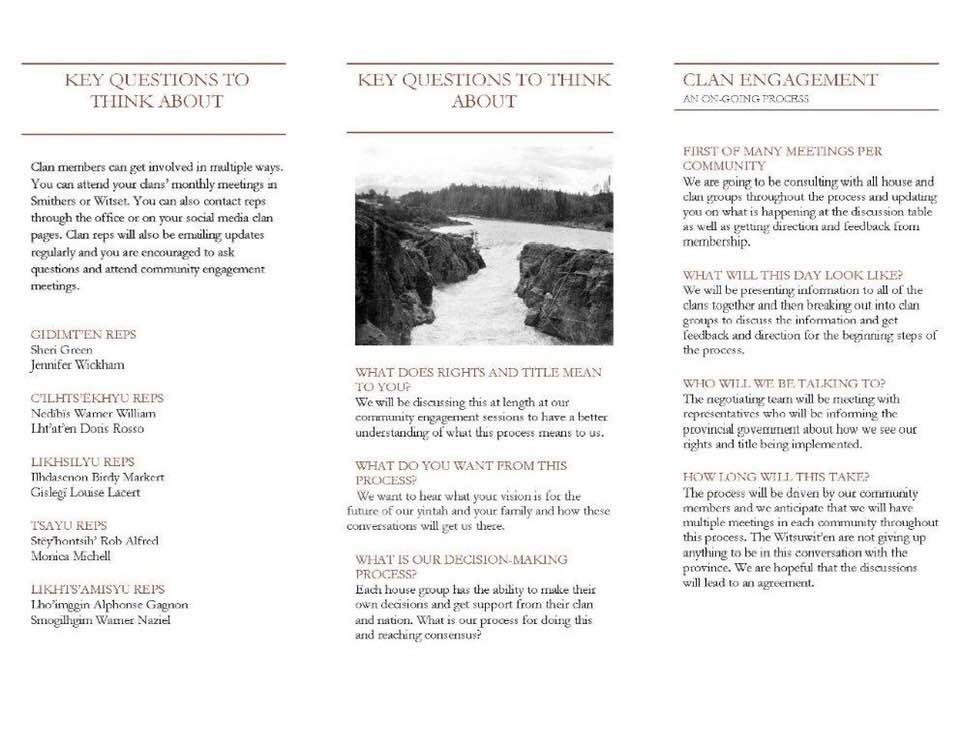 Editors Note: The mere fact that so many people are afraid for their well being and families, that they request anonymity really bothers me, but it fits in with the old Wet’suwet’en warrior theme, not just to protect family, but to rule it by force, thus so many battered women as well.

There is a growing number of “Progressive Wet’suwet’en” who remain true to their culture, but also have matured into the new world, as they know we cannot go back in time. Once again women are leading the way to the future generations of Wet’suwet’en.