Editors Note; This is a three part article, or message intended to insure that all Gidimt’en clan members can know and understand what has transpired on Remembrance Day.  In order to honor the dead and fallen Wet’suwet’en soldiers of 1939 to 1945 this correction needed to take place on this day.

It is critically important to note that this matriarch is neither for nor against the pipeline as this entire situation is highly complex. This was her attempt to correct Molly and try to salvage aspects of Witsuwit’en law and culture that Molly has successfully dismantled and changed to suit her own views and agenda.

This is a message so everyone can witness the official position of many Gitimd’en matriarchs on whose behalf Rita is speaking for Gidimt’en matriarchs in regards to the behavior of Molly Wickham and her husband Cody Merriman who have been publicly speaking and making claims they speak on behalf of the Wet’suwet’en / Gidimt’en peoples.

One needs to understand the people involved, in this case we also need to understand Wet’suwet’en culture, then add in how it flows from each clan and down to its family members. In this case one of the highest and most respected Wet’suwet’en / Gidimt’en matriarchs (elder) speaks up against Molly who has been hijacking the clan for many years now. Read “Introducing Gulaxkan (The Bear That Sleeps All Winter Long) also known as Rita George” for a primer on who she is. Rita George is Molly’s great aunt and that is a powerful statement that people needs to hear and it also shows she (Molly) is getting direction from the wrong persons. (Mable and some of the Herditary Chiefs who do not represent the Gidimt’en clan)

When an 80 year old matriarch feels the need to step forward, you know something is seriously wrong, its time for the world to know that Molly Wickham does not represent the entire Gidimt’en but rather is exploiting her aboriginal blood to make a fortune on these shameful actions. Its not just Canada that needs to know, the Gidimt’en all over Canada need to know, likewise all of the residents of the Bulkley Valley need to know. Even the elected officials need to know before they throw their support behind someone who is hijacking the system.

This is a part one of three articles, in this one we will share with you some of the photos giving the public an inside look at this mess at the 39 km mark on the Morice West Forest Service Road, one also called “the Gidimt’en Checkpoint”

Rita George arrived here with a contingent of other Wet’suwet’en (many of whom were Rita’s father clan) of Gitumden matriarchs to deliver a message, but instead found that someone else was left doing the real work, someone young and naive enough to do it.

Below is a video taken on arrival, as well as photos taken of this “protester camp.” 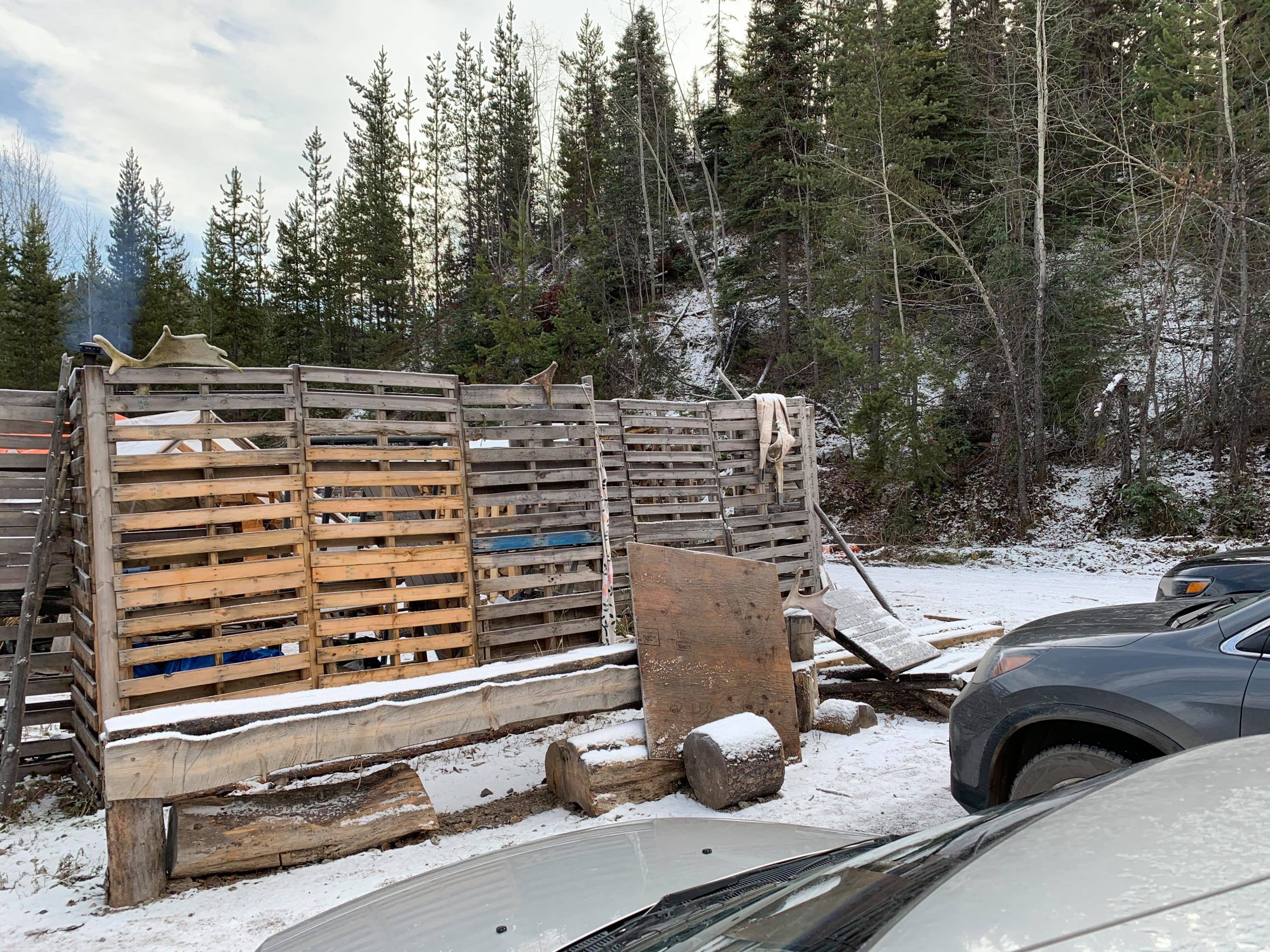