First let me say the title is not a refection of the author’s racist feelings toward white people, but rather a refection of how others who are racist see them.

In the past we have written about a number of Wet’suwet’en chiefs and how they obtained their wealth and used it to buy Herditary Title. This is another classic I need to tell you this story in order to tell you another story.

To become a chief you have to go through a process of holding potlatch ceremonies, each potlatch represents a feast hosted and they originally were designed around the wealthy sharing their wealth with the more poor members of the tribe. In the old days it was furs and food, be that salmon or wild game meat. As white man otherwise termed immigrants or settlers came into the picture, so did what was shared in a potlatch. Today’s potlatch is almost 100% dependent on cash money and what you can buy with it. The more money you have the more feast you can pay for, and the more you can afford to be “buying” a name. Buying the name of a Herditary Chief can be very expensive, so it stands to reason those who went into business (no matter how they obtained it) became the ones wealthy enough to buy the position of Herditary Chief.

Unlike yesterday, today owning Wet’suwet’en territory can translate into billions of dollars.

The above is a crude but fairly accurate way of putting it. All Herditary Chiefs that testified at the Delgamuukw trials are now passed on to the next world.

Now all modern day Herditary chiefs were purchased names by people working as contractors or employees of the modern day industries. In particular I wish to point out that modern day Herditary Chiefs I mean (post Delgamuukw) as Delgamuukw turned or changed how everyone thinks about territory. In the past being in charge of territory was mostly an issue of responsibility, where as post Delgamuukw its now the commercial land value within the territory. Nobody knows that better than those who contracted directly as part of the industry.

Both Chief Knedebeas (Warner William) and Chief Kloum Khun (Alphonse Gagnon) also his brother Chief Dtsa’hyl (Adam Gagnon) who also calls himself a Herditary Chief were also logging contractors for Canfor Corporation. Then comes another question regarding Lucy Gagnon as manager of Moricetown (now Witset) later Witset executive director. What role did she play in getting the funds these contractors need to get their business off the ground? Consider that the funds were largely funds from both federal and provincial governments. Also read Fake Chiefs and Deadbeat Dads. In regards to logging contracts from a legal court document below.

Even the Office of Wet’suwet’en got into logging for cash,  “ The plaintiff, Mr. Gagnon, resides in Moricetown, British Columbia. A lifelong resident of the area, he is a Wing Chief of the Fireweed Clan of the Wet’suwet’en Nation. He is also an experienced carpenter, road builder, and logger. Mr. Gagnon was Acting General Manager of the defendant, Wet’suwet’en Enterprises Ltd (“WEL”) for the year 2000, and is a past president of WEL’s board of directors.”

The defendant, WEL, is a company owned beneficially by the Wet’suwet’en First Nation. Its board members are appointed by the hereditary chiefs of the five Wet’suwet’en clans. WEL’s mandate is to facilitate economic development for the Wet’suwet’en by among other things, pursuing resource-sharing opportunities. For instance, WEL was empowered to contract with forest product companies such as Houston Forest Products Ltd. (“HFP”) for the harvest and sale to HFP of logs cut from Wet’suwet’en lands.

Again the above is a crude but fairly accurate way of putting it, and I needed to tell you that story (again) to tell you another one that has not been told.

Back to “Stupid White Man”

In more recent times we have seen negotiators for goverment, in particular Nathan Cullen, B.C. Minister of Indigenous Relations and Reconciliation Scott Fraser and  Federal Minister of Crown-Indigenous Relation Carolyn Bennett are the “Stupid White Man” who have all the facts on how today’s modern day Herditary Chiefs, bought their way to the top of the food chain using both goverment funds as well as funds directly and indirectly came from Coastal Gaslink.

These “Stupid White Man” put on blinders that shielded them from seeing anything beyond the words Herditary Chief, also beyond stolen Hereditary Chiefs titles. See WET’SUWET’EN FEMALE LEADERS DEMAND VOICE, CHALLENGE ACTIONS and Introducing “Smogelgem” of the Sun House and Smogelgem Revisited – Who is the legitimate heir? and In defense of the Wet’suwet’en Matrilineal Coalition and I am a Wet’suwet’en man from the dark house in regards to stolen titles.

With all that information at the disposal of the Stupid White Man, I will include some more.

Chief Hagwilnegh (Ron Mitchell) and also known as the chiefs chief negotiator Chief Woos (Frank Alec) and Rob Alfred the one that duped the press wearing a Hereditary Chiefs regalia walking down Mainstreet Smithers all worked directly for or indirectly for Coastal Gaslink. 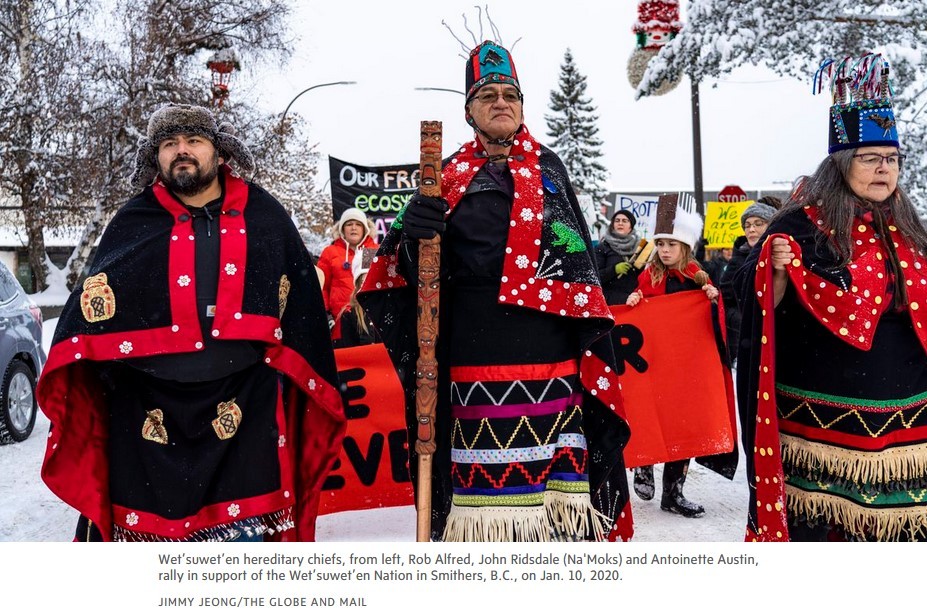 Above photo Rob Alfred on the left, John Ridsdale in the center, and Antonette Austin (sister of Alphonce Gagnon and Adam Gagnon) also not a hereditary chief. (As defined there are only 13 Hereditary Chiefs)

Quote from source “That’s Fred Tom she referring to he worked in the program as well, he bragged about that’s how he paid for his name from pipeline $“

We were informed by witnesses that Frank Alec was even bragging about how he converted CGL income into the stolen title used to buy his name. (Name meaning the Woos title) See WET’SUWET’EN FEMALE LEADERS DEMAND VOICE, CHALLENGE ACTIONS

“Each clan had members of Wet’suwet’en elders youth teamed up with all the crews doing assessments during the preliminary stages to ensure the followed Wet’suwet’en protocol and traditions plus to learn about what the field crews were doing ie: bird watch, water ways, archaeological work”

Now a reminder from Tiljoe’s daughter Marion Shepherd also spoke. She said she was a member of the Unist’ot’en (Dark House), one of 13 Wet’suwet’en houses that fall within five clans. The following quote comes from Jan 20th 2020 in the Vancouver Sun

“It really makes me sad that our elders and our hereditaries cannot speak because only the select few are allowed and I really don’t believe in that,” she said, adding that members of the Big Frog clan had not been kept informed since 2015, when relations between the hereditary chiefs and Coastal GasLink broke down.

So it begs the question of who do the “Stupid White Man” want to see when they negotiate, obviously not with the Wet’suwet’en Nation, but they do have a perversion to deal with chiefs who bought their way to the top of the food chain, all the while closing their eyes to the facts, and ignoring the attack on women whose only transgression was a differing opinion of what to do with Coastal Gaslink.

But my tale does not end here. Amanda Follett Hosgood a writing protestor from Toronto, moved into town to save us from “The Stupid White Man” and was hired by The Tyee to write stores condemning anyone and everyone who did not stand behind the hoodlums on the Morice River Logging Road.  Be sure to give her our warm Bulkley Valley hospitality and be sure to thank her for her contribution attempting to eliminating jobs for both Wet’suwet’en and nonaboriginal people in our valley. Amanda Follett Hosgood is one of the few “protester approved” jounalists making a living taking sides with protestors. You probably will not recognize her shopping with a mask on, some of us are born lucky. 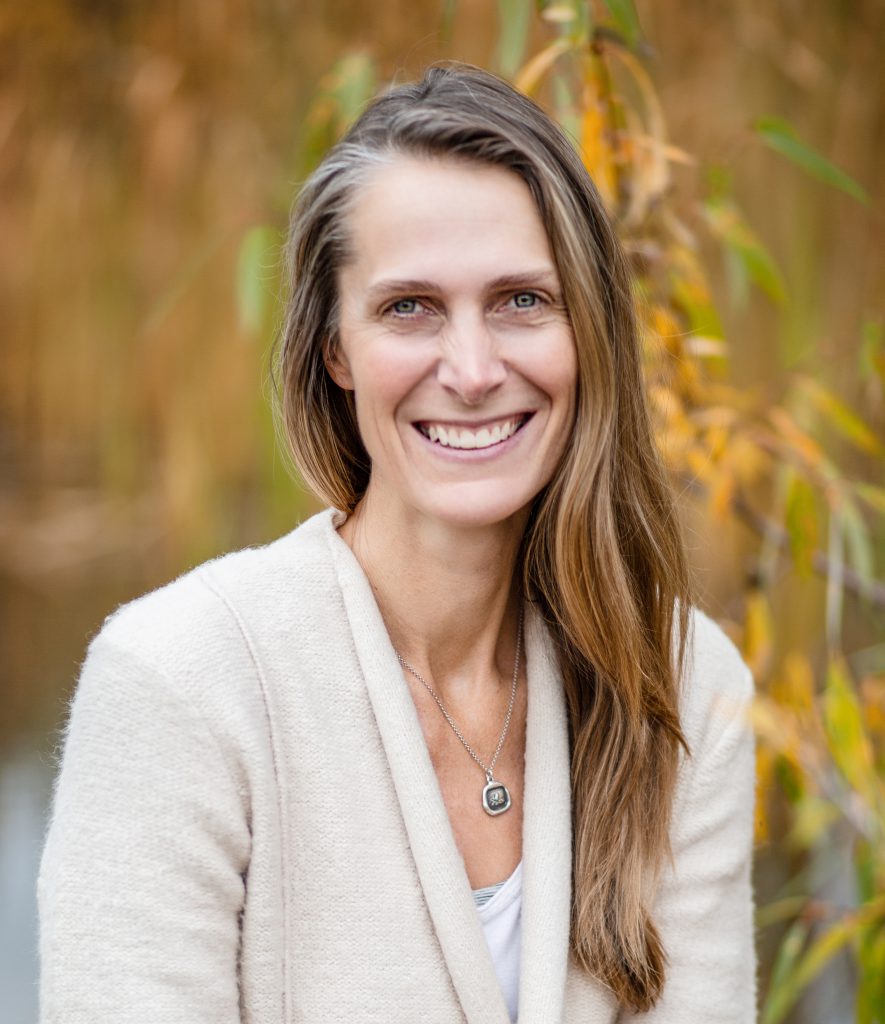 Again the above is a crude but fairly accurate way of putting it, and I needed to tell you that story to tell you another one that has not been told.

The first story I refer to by Amanda Follett Hosgood was called “Northern First Nations Look for Answers as Work Camps Bring the Virus” in “The Tyee” has two primary speakers, the one is Violet Gellenbeck, Kiliset, is an Elder and Ts’ako ze’, a female chief, the other is Ron Mitchell, Hereditary Chief Hagwilnegh, on behalf of the nation’s Dinï’ze, or male chiefs.

Regarding Violet Gellenbeck we have talked about her before, she was the officiating elder who did the hatchet job of stripping titles from women who held much higher rank than herself. See Aboriginal Injustice – Subverting Aboriginal Law and Brutal abuse of Salmon during a time when they are in crisis as well as Introducing “Smogelgem” of the Sun House A In a nutshell Violet Gellenbeck is also the mother of the man slaying salmon at the falls.

Below Bernard Gellenbeck killing and wasting salmon. His punishment according to locals was a verbal admonition.

The second, same as the first, are die hard anti LNG pipeliners.

I refer to Ron Mitchell, who became a Hereditary Chief thanks to CGL, now biting the proverbial hand that feeds him, with a cock and bull story about how COVID is getting transferred from the camps directly to local elders. This is how the evil pen turns facts into fiction, and profit all round for the story tellers. Amanda complains that in spite of trying to contact Bonnie Henry she got no response, well maybe she knows more about “Stupid White man” than Amanda does. Also read Open letter to Ellis Ross MLA for Skeena and John Rustad MLA for Nechako Lakes. in regards to the same letters and article.

.
The second was a story called “Did Horgan Dodge a Meeting with Wet’suwet’en Hereditary Chiefs?” I intentionally did not link the story so they could make more money on it.

(below) Wet’suwet’en Hereditary Chief Na’moks called for meetings with the province’s leaders on the Coastal GasLink pipeline dispute before Horgan’s northern tour. Photo by Michael Toledano. 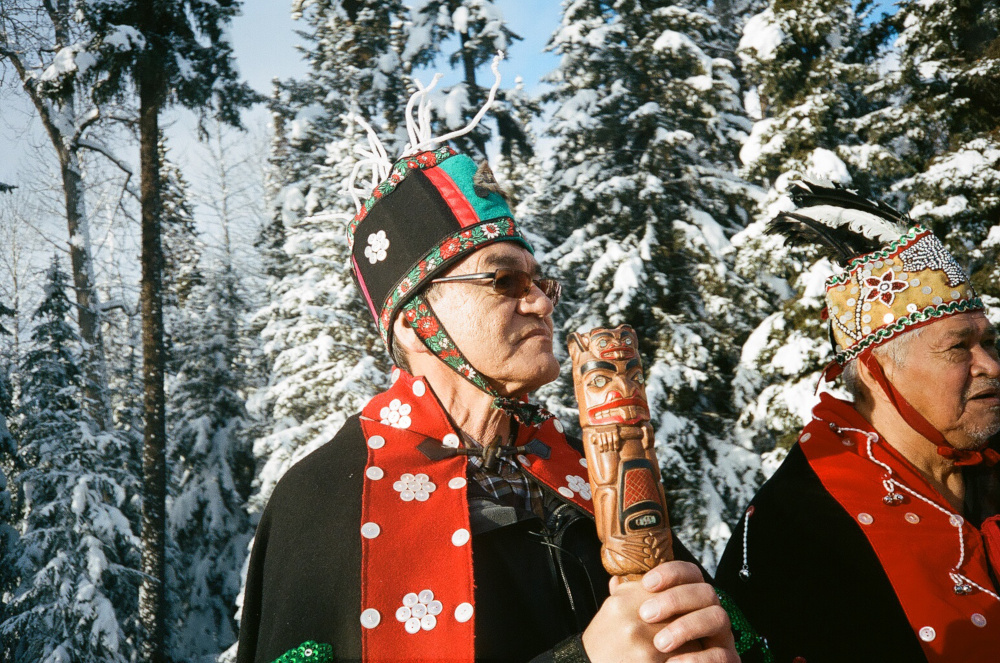 Either way its going to be interesting how Amanda Follett Hosgood is going to spin that revelation.