The following is a promo script from the Northwest Institute for Bioregional Research the following biography for Pat Moss. Pay close attention to the  “Tie that binds” her and the people inside these organizations as they are all part of the same web of Eco-activists who have used our First Nations as pawns in their attempt to reach their objectives.

“Pat Moss is a longtime community activist who has many years of experience working with environmental and social justice groups. Since 1978 she has lived in the Bulkley Valley in northwestern British Columbia andis best known for her 16 year campaign on the Kemano issue. Pat has also been active in the broader environmental community, serving on the B.C. Environmental Network steering committee for 10 years, as co-chair of the national Canadian Environmental Network for three years, and as chair of the Sierra Club of B.C. for three years. Currently she chairs the board of West Coast Environmental Law.

For her work on the Kemano issue Pat received the Cal Woods Conservation Award from the Steelhead Society of B.C. in 1991 and the (NDP) Minister of Environmental Individual Award from the B.C. Government in 1995. She was also recipient of the Patagonia Fellowship for 1995-6 and in 2002 received the Wild Earth Award.

Ms. Moss also has a significant background in native issues. From 1985 to 1991 she chaired the Smithers Human Rights Society, which undertook a major public education campaign on the Gitxsan-Wet’suwet’en land claim and historic legal action. Since then she has maintained links with First Nations in the region and worked to develop communication between environmental, community, and native organizations working on resource issues. She was a founding director of the Northwest Institute and has been its executive director since July 1996.”

Pass Moss is the founding director of the Northwest Institute for Bioregional Research who obviously does not mind telling lies to get her point across. See Vivian Krause wants U.S. money out of anti-resource activism in Canada

“Are you aware that in the 70s, 80s and 90s, before there were any paid activists in the region, there were a number of issues where northwest residents voiced their concerns … isn’t that what’s still going on despite the fact that there are a few organizations that have received some funding?”

“None of us are part of the Tar Sands Campaign,” Moss continued.

“Yours is. You have been funded by it,” Krause responded.

“Not by the Tar Sands Campaign, anyway, we don’t have to get into that debate … I don’t feel that groups in the northwest who have raised legitimate issues around [resource development] are part of some nefarious plot by American issues,” Moss responded.”

Our own research shows. 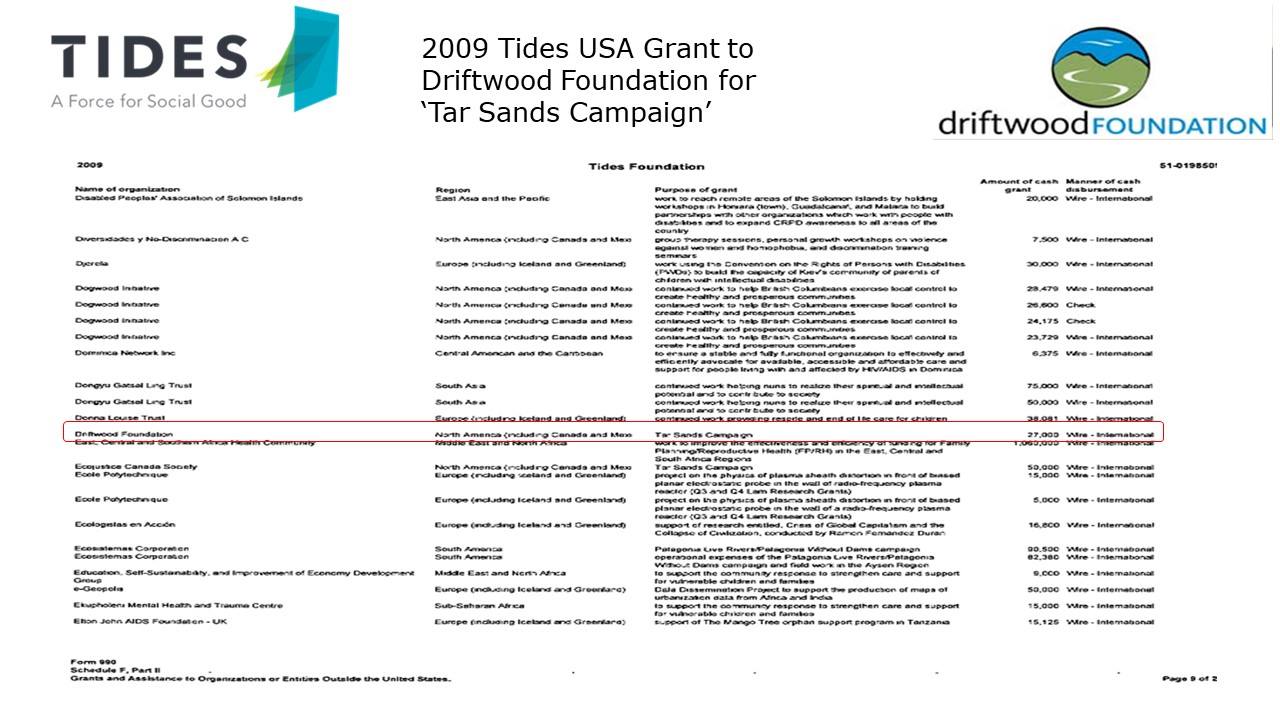