Our intention here is to prove and end the debate over who the present day Smogelgem is, and who it is not.

This debate has gone on far to long and its time for the Laksamshu to come clean on the truth. Cheif Mikhlikhlekh or better known as Johnny David testified that his father was Chief Smogelgem.

From court transcripts we also know that quoting directly from court testimony.

Q Your pole, that is the pole of Maxlaxlex, was carved by Thomas George, is that
right?
A Yes, it was Thomas George who did all the carvings on
the totem pole.

QHusband?
AHusband of Mary George and since Mary George could not carve the pole, Thomas George carved the pole and when the moneys were paid for carving the pole, all the money
went to Mary George.

Q Just to clarify that, is that the Wet’suwet’en tradition that your father’s relations are responsible for carving your pole?
A Yes, they are the ones, yes. And Thomas George’s sons are alive today, Leonard George and Andy George.

Q And Leonard George presently holds your father’s name
Smogelgem?
A Yes he does.

If anyone wants to question 2 issues in regards to Gloria George and her right as a successor as well as qualifications, we did establish right of succession here, and we also see she fulfilled the qualifications as laid by Wet’suwet’en Law.

For more evidence refer to the photos and coverage of Gloria and Andrew George in our article here. in particular the reference to Chief Smogelgem’s regalia (Blanket) looks like. It bears the killer whale logo on both sides and a large sun made of shining sequins in top center, as does that of Gloria’s regalia. The headdress in this case is grouse/killer whale.

Now compare that to a man that when he was barely old enough to be called an adult, 18 years ago, declaring he was already Chief Smogelgem, What did the Office of the Wet’suwet’en do about it? Absolutely nothing.

When they managed to attract the attention of the Globe and Mail,  this is what the chiefs said.

The Unist’ot’en camp has been endorsed by five prominent Wet’suwet’en house chiefs, part of a hereditary system of 13 house groups that fall under five clans. The five men (with their Indigenous title, followed by their house group and clan) are: John Ridsdale (Na’Moks) from Rafters on Beaver House under the Tsayu clan; Warner William (Knedebeas) from Dark House under the Gilseyhu clan; Jeff Brown (Madeek) from Where it Lies Blocking the Trail under the Gitdumden clan; Ron Mitchell (Hagwilnegh) from House of Many Eyes under the Laksilyu clan; and Warner Naziel (Smogelgem) from Sun House under the Laksamshu clan.

Mr. Naziel took over the Smogelgem title from Ms. George.

Let look closer at Warner Naziel, first look at his blanket, its completely the wrong blanket for the Sun House.

Here is what the Smogelgem blanket should look like.

A further study on the family of Warner Naziel shows the real clan he belongs to the Owl House and that house already has a hereditary chief by the name of Kloum Khun, now Alphonse Gagnon of the Owl House.

So both Alphonse and his sister would share the same hereditary house of their mother. 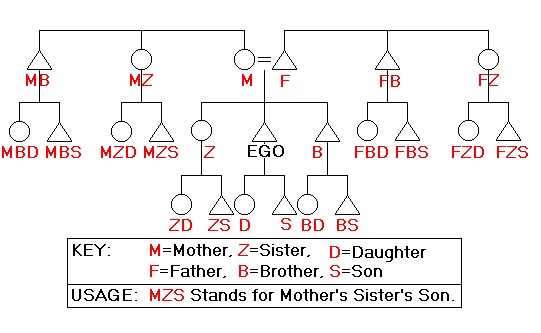 So its very clear that Warner Naziel could never get the name Smogelgem, it belongs to the Sun House also of the Laksamshu Clan. There is a third house in that clan called Twisted House, but all records of family members died off during a disease epidemic. If it was an available protocol to jump from one house to another in regards to earning the position of hereditary chief then  someone would have taken the position of hereditary chief for the Twisted House a long time ago.

I say this because first of all in order to strip the title away from someone, it means they have already conceded that they have the title. We also in previous article have shown to two legal documents where the Office of the Wet’suwet’en indicated by sworn oath that Gloria George is Smogelgem.

The Office of the Wet’suwet’en have hidden from the public, the exact rule within Wet’suwet’en Law leaving the public to “assume” its part of Wet’suwet’en Law. They simply shrug it off and say “Eagle down Is Our Law” from a book written by Antonia Mills who is a professor in First Nations studies at the University of Northern British Columbia.

The only way the Office of the Wet’suwet’en could legally stop Gloria George, or even Darlene Glaim from using their position as legal hereditary chiefs, is to get a court order forbidding them to use it. In doing so they would have to prove they had the right to remove their titles. Likewise if they claim that any agreements they enter into are invalid, once again they would have to prove that they had the right to strip hereditary chiefs of their title.

The following must be an outrageous lie, how can they groom Warner, when they already gave the title to Alphonse Gagnon? Warner’s mother is from the Owl House and so are the parents of Alphonse Gagnon, who are also Warner’s grandparents from the mother side.

Other than by sheer ignorance, its hard to understand how such a mistake could happen, barring it was not an intentional attempt to circumvent Wet’suwet’en Law.

“Mr. Naziel said his parents and grandparents “were preparing me far in advance” to become a hereditary chief. “From the age of 3 or 4 years old, I would sit at my mother’s feet at each feast while my grandmother sat nearby, learning what was happening and being told how things were working,” Mr. Naziel said.”

Next look at what Warner Naziel says to the Globe and Mail.

“Mr. Naziel said Ms. George crossed the line when she aligned her herself with Coastal GasLink. “After we realized that she was representing herself to government and industry, including Coastal Gaslink, as both having the authority of a head chief and also the backing of the clan, our clan held a feast and formally rescinded the name Smogelgem,” said Mr. Naziel, who laid claim to the title in 2016. “All of the hereditary chiefs of my clan, including me, witnessed this and spoke.”

There are so many inconsistencies coming from Warner Naziel, its clear he either does not have the capacity to understand the truth, or simply chooses not to tell the truth

Instead of punishing him for attempting to steal the position of hereditary chief, they actually endorsed him to the press as hereditary chief Smogelgem, in complete violation of Wet’suwet’en Law.

Yet when it comes to Gloria George a highly respected elder as well, the “Wet’suwet’en Five” like a gang of hoodlums raid the meeting she is in, to uphold Wet’suwet’en Law.

There is only one path to Wet’suwet’en unity, first the Hereditary Chiefs need to put every member from all five communities on equal footing. To do that they would have to relinquish control for the greater well being of the Wet’suwet’en Nation.  Rule by force has already proven to be a disastrous failure.

The following were sent to us by our readers.