In the 90’s Bowering was named to the combined position as administrator and medical health officer and continued a public health career through several more reorganizations. Let me quote from the Terrace Standard Dec 13th 2013.

“Bowering has no immediate retirement plans but does say he has an interest in exploring the impacts on health of continued economic expansion tied to oil and energy developments. There’s the idea that our quality of life is tied to economic growth, how much of our resources we can use. It’s unsustainable and at a gut level, I think we all know it,” he said.”

“You’ve heard the expression ‘getting to yes’, but I think we’re getting to the wrong ‘yes’.”

It would be fair to suggest he is a long time opponent to development inclusive of pipeline development.

More recently he was seen heading into the 39 KM Camp that is run by Molly Wickham and her husband Cody Merriman and it was suggested he was concerned about Molly being pregnant out in camp. Does she really need to be there, if the pregnancy is really her first concern, or is the concern about raising more money? Where is the accountability for the near quarter million dollars Molly already collected under her sisters campaign? Now they have a new one, so you no longer see how much money they already raised.

Not to forget back in June the numbers were as follows. 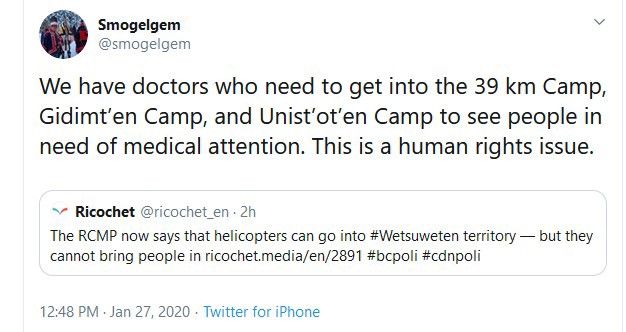 However based on observations and his Facebook page Dr. David Bowering is more than just a little involved. And clearly his concern reaches far beyond a medical concern, he has so much interest under the guise of public concern, he offered a meager $100

“I am offering a ONE HUNDRED DOLLAR REWARD to any Canadian citizen who can find out the budget for the CIRG (Community Industry Response Group of the RCMP) currently enforcing the Coastal Gas Link injunction on traditional Wet’suwet’en territory. How much is this endeavor costing and where exactly is the money coming from? This should be an easy hundred bucks in a transparent democracy…especially one in which “Freedom of Information” is enshrined in law. First correct verifiable answer gets the $100 and my gratitude as I am really curious.”

I will post his comments so no one can say I am taking what he said out of context. 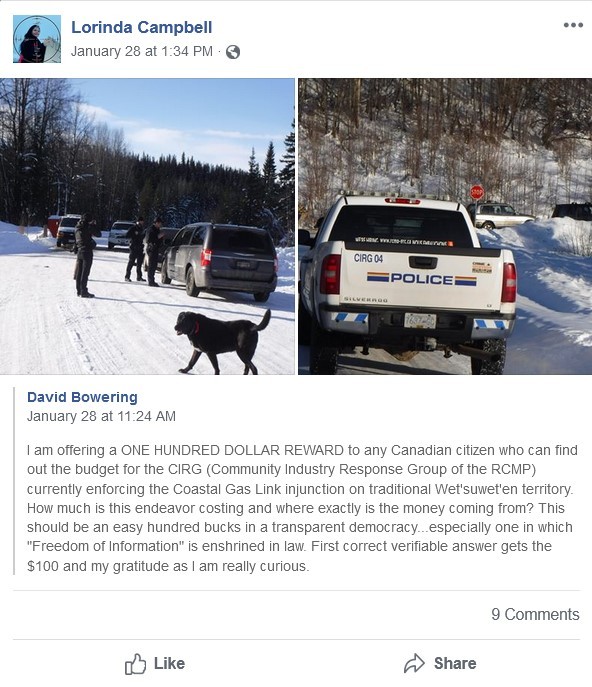 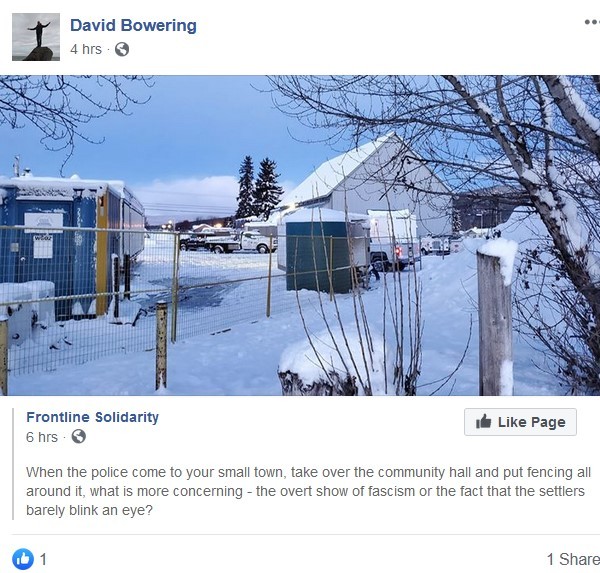 This is where his loyalties are, David Bowering is an anti pipeline activist.

Now here is where I think its time to do more research, more transparency. my question is what exactly was the connection between Dr. David Bowering and Karla Tait, Mental Wellness Manager at First Nations Health Authority; Director of Clinical Programming, Unist’ot’en Healing Centre? I do wonder how it is that they received a funding grant from the First Nation Health Authority. And how a certain individual can work for that organization whilst also working as the director of the healing centre … a recipient of funding.

Does it sounds as fishy to you as it does to me? Where is the mainstream press, are they forbidden to say anything against the rebellious anarchist chiefs, and or their uprising at Hooligans Hotel? We need some accountability as well. to find out who is handing out our tax dollars.